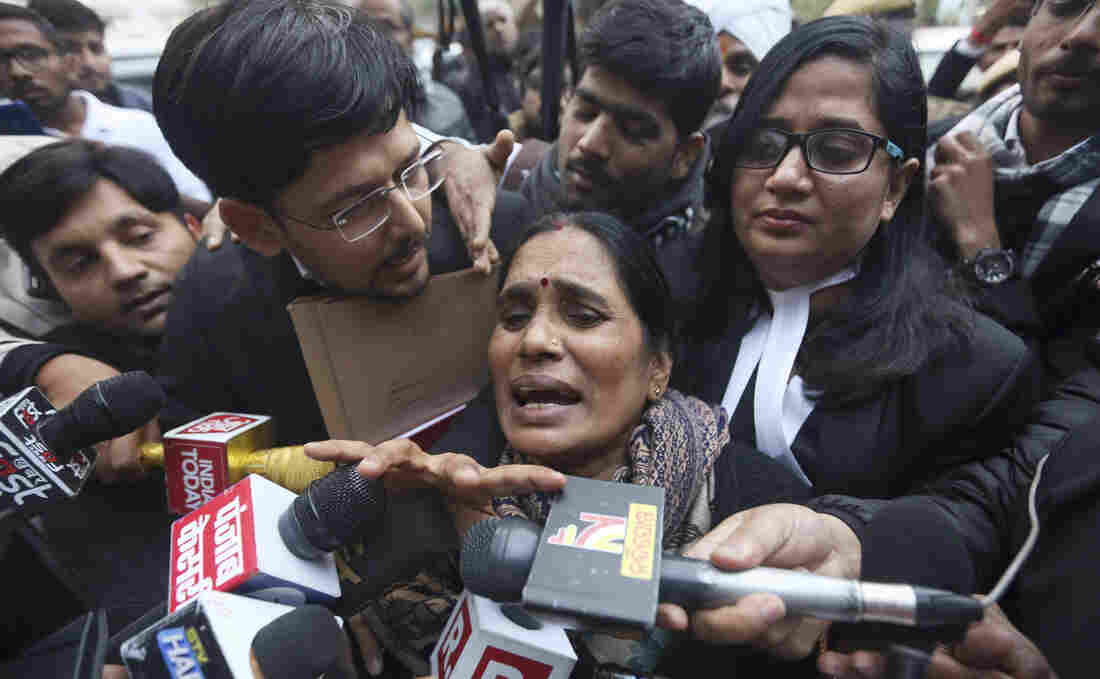 The mother of the victim of the fatal 2012 gang rape said the “execution of the four convicts will empower the women of the country,” on Tuesday in Delhi.

A court in India has issued a death warrant for four men convicted in the fatal 2012 gang rape of a college student on a New Delhi bus, a crime that sparked huge demonstrations and a nationwide reckoning over sexual violence in India.

The men are scheduled to be executed by hanging at 7 a.m. on Jan. 22, the court in New Delhi announced Tuesday. India’s president can still stay their execution, but he is not expected to intervene.

Last month, the Indian Supreme Court rejected a final appeal by one of the men convicted of rape and murder in the attack on a 23-year-old physiotherapy student, who cannot be named under Indian law. She has become known across India as “Nirbhaya,” or “The Fearless One.”

Prosecutors say she boarded a private bus with a male friend after seeing a film at a movie theater. Inside the vehicle, a group of men beat the man with a metal bar, raped the woman and used the bar to inflict massive internal bleeding to her. The two were abandoned on the side of the road. About two weeks later, the woman died of her injuries.

Amid outrage over her death, protests erupted across India, and the country is still grappling with how to confront what activists call a national epidemic of sexual violence against women. The “Nirbhaya” case prompted the Indian government to increase prison time for convicted rapists, and fast-track their trials.

In the southern Indian city of Hyderabad, police say a group of men deflated a 27-year-old woman’s tires, posed as good Samaritans to trick her — and then gang-raped and killed her. Authorities discovered her burnt body in a wooded area the next day. The suspects were arrested, but before they could be charged, police shot them dead in what many suspect was an extrajudicial killing, fueled by national anger.

Meanwhile, in the northern state of Uttar Pradesh, a 23-year-old woman on her way to testify at court against her alleged rapist was set on fire by a gang of men, allegedly including her man she had accused. She also died of her injuries.

The brutality of these cases has renewed attention on the 2012 “Nirbhaya” case.

Indian media coverage of rape tends to focus on sensational details of cases in which victims are urban, educated professionals who get attacked by strangers. But experts say those cases are very rare. Most sexual assaults in the country are believed to happen within families. Most victims are thought to be poor, lower-caste women who know their attackers.

In 2017, the most recent year for which data was available, there were nearly 33,000 cases of rape reported in India, according to national crime statistics. That’s a quarter of the number of rapes reported in the United States that year, which has a quarter of India’s population.

Most rape is believed to go unreported in India. According to the National Family Health Survey, 80 percent of women who experience sexual violence never tell anyone about it.

Executions are legal in India but rare. The last time the country used capital punishment in a rape and murder case was 15 years ago. The country has carried out three executions since then, in terrorism cases. The last execution in the country happened in 2015.

The mother of the “Nirbhaya” victim told reporters outside the Delhi court Tuesday that it is the appropriate punishment for the four men convicted in her daughter’s death.

“My daughter has got justice,” said the mother. “Execution of the four convicts will empower the women of the country. This decision will strengthen the trust of people in the judicial system.”

The four men scheduled to be executed later this month were convicted and sentenced back in 2013 and have been detained since then. A fifth man convicted in connection with the killing died in prison. A sixth man, who was a minor at the time of the attack, was sentenced to the maximum penalty of three years in a reform facility. – NPR, 7/1/2020