We, the 37 undersigned groups and organizations, and 3 individuals, are appalled by Singapore’s denial and response to the highlighting of alleged unjust ‘barbaric’ unlawful practices in Singapore’s execution method that was highlighted vide a media statement dated 16/1/2020 issued by the Malaysian Human Rights Defender group, Lawyers for Liberty(LFL). Singapore claims that it is “untrue, baseless and preposterous”.(Straits Times, 22/1/2020).

We are also shocked by Singapore’s invoking of the Protection from Online Falsehoods and Manipulation Act (POFMA), and the issuing of notices/directions ordering Lawyers for Liberty (LFL) and three parties that have shared the allegations – Singaporean activist Kirsten Han, The Online Citizen website and Yahoo Singapore – to correct the false statements. To comply with this POFMA Order, ‘…”They will be required to carry a correction notice alongside their posts or articles stating that their posts or articles contain falsehoods,” MHA said…’ (Straits Times, 22/1/2020).

Not compliance with the POFMA notice is a crime, and if convicted an individual may be liable to ‘…a fine not exceeding $20,000 or to imprisonment for a term not exceeding 12 months or to both;..”, whereas others will be liable to a fine not exceeding $500,000. Then it also can lead to an access blocking order, whereby service providers will have ‘…to disable access by end‑users in Singapore to the online location…’ It is not a defence even if one has applied to the Minister to withdraw/vary the order, appealed to court or is ‘…subject to a duty under any written law, any rule of law, any contract or any rule of professional conduct, that prevents the person from complying…’ with the POFMA Notice.

It is totally deplorable to ask any human rights defender or media agency to publicly take a position that the alleged rights violations and/or injustices that they highlighted or reported on are FALSE or ‘contains falsehood’.

Where there is an allegation of a wrongdoing or a crime, it is the duty of a human rights defender or any concerned person is to highlight it, and thereafter, it falls on the relevant government, and/or relevant national, regional or international or UN bodies to conduct the needed independent and determine whether what was alleged was true or baseless. Note that many investigations may even come to no conclusions due to sufficiency of evidence, and this should in no way lead to the assumption that the allegations were untrue.

A perusal of the LFL statement shows that the source of their information, amongst others, is from a credible source – ‘….a Singapore Prison Services (SPS) officer who had served at the execution chamber in Changi prison, and himself carried out hangings…’ This would reasonably be someone who had first-hand knowledge of what was being alleged. In the LFL statement, it also says that ‘…This officer is prepared to come forward and testify at the appropriate forum…’

LFL also did highlight this allegation earlier, in their 23/11/2019 statement, where they said, ‘…. Finally, we have also received shocking information relating to the process of execution at Changi prison. We have incontrovertible evidence that unlawful and extremely brutal methods are secretly used in carrying out hangings by the Singapore Prison Services (SPS). We are prepared to reveal this evidence, supplied by prison officers, in due course…’

LFL, in their 16/1/2020 statement, also said ‘…We had also written to the Singapore authorities and informed them that we are prepared to meet them and handover the evidence in our possession. However, the Singapore government has met our disclosures with deafening silence. Significantly, they have also not denied our allegation of brutality in carrying out hangings, which has been widely reported…’

Singapore government should have rightfully met with LFL, received the evidence and conducted a proper investigation and disclosed its findings.

According to law, police are not supposed to torture detainees, but the fact is that some police officers do torture and even kill those in their custody. It may not the fault of government, but the fault of these errant officers who did wrong. But, if a government, after receiving information of such wrongdoings, chooses to do nothing about it, then it can be said that the government who ‘covers-up’ wrongdoings of public servants or simply ignores it may be just as guilty of the said wrongdoings.

Media is obliged to report to the public, and that includes statements and positions of ordinary people and human rights defenders. Most media, would as a matter of good practice, try to get a response from the alleged perpetrator or other relevant parties but the news ought never be stifled simply because the perpetrators (or interested parties) or in this case Singapore does not provide an immediate response. Of course, most media will carry even a late response from alleged perpetrator and/or other interested parties.

Obligations imposed on media should not be the same as imposed on individuals using social media. Many good person who share news/views on social media, if they do get a response from alleged perpetrator or interested parties, they usually will also share that response with their readership.

In Malaysia, many human rights violations and even crimes that were highlighted by HR Defenders or media were investigated by the government.

As an example, in Malaysia, it was the investigation by the New Straits Times Special Probes Team into the mass killings in Wang Kelian in 2015 that highlighted and suggested a massive, coordinated cover-up. It revealed the human trafficking death camps had been discovered months earlier, but police only announced the discovery on May 25. It also questioned why the police ordered the destruction of these camps, which were potential crime scenes, before they could be processed by forensics personnel?

The Malaysian government’s response was to investigate this case, and on 16/1/2020, it was reported that the Home Ministry will present a report by the Royal Commission of Inquiry (RCI) on the Wang Kelian human trafficking incident to the Cabinet next week.(New Straits Times, 16/1/2020). Hopefully, thereafter the report will be made public.

Like Malaysia, Singapore too should have conducted a comprehensive investigation on the allegations raised by LFL, and not try to ‘force’ LFL and others who highlighted and/or reported this issue to publicly admit that it was contained FALSEHOOD.

Publicly highlighting allegations and/or facts of wrongdoings, rights violations and injustices today is a means of ensuring that justice be done, for otherwise relevant governments and enforcement authorities can sometimes chose to simply ‘cover-up’ such allegations.

Freedom of expression, opinion and peaceful assembly ought to be protected.

The courage of human rights defenders, including media, in highlighting possible human rights violations, injustices and wrongdoings of the powerful and government without fear or favour should be applauded, not stifled or penalized.

Media reports that the Singapore Minister of Communications and Information(MCI) on Thursday (Jan 23) directed Infocomm Media Development Authority (IMDA) to get Internet service providers here to block the website of Lawyers for Liberty (LFL) who did not comply with a correction direction issued under the fake news law(POFMA).(Straits Times, 23/1/2020).

Association of Human Rights Defenders and Promoters- HRDP in Myanmar

MADPET(Malaysians Against Death Penalty and Torture)

The Advocates for Human Rights

The Day of the Endangered Lawyer Foundation

The World Coalition Against the Death Penalty had its Annual General Meeting in Brussels at 2pm on 26/2/2019, whereby election for the Steering Committee(2019-2021) was conducted. 25 candidates contested for the 20 Steering Committee positions. ADPAN and 2 members being TAEDP and Reprieve Australia were successful.

Many ADPAN members will be participating at the 7th World Congress Against the Death Penalty that will begin officially on 27th February 2019. 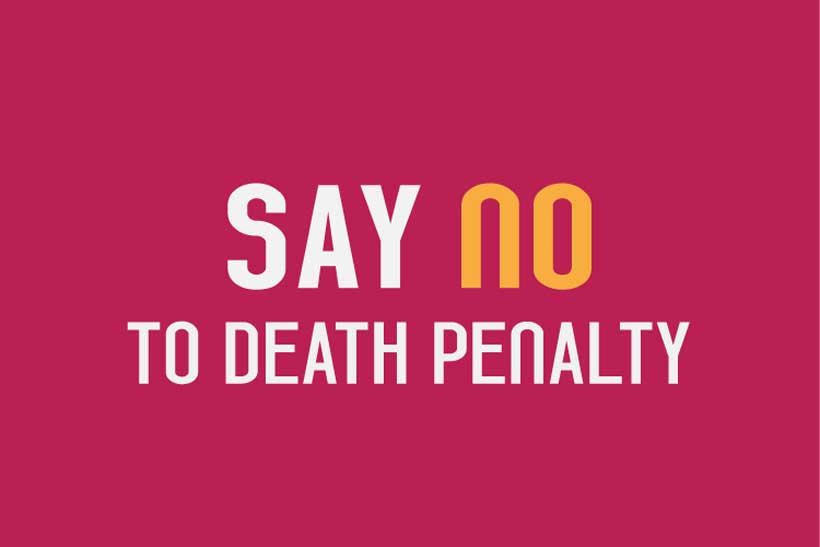 The opening ceremony of the 7th World Congress Against the Death Penalty will be held in the European Parliament in Brussels on 27 February.

The official opening ceremony will take place in the European Parliament’s hemicycle on Wednesday 27 February at 10.00. It will gather MEPs, high-level guests including EU Foreign Policy Chief Federica Mogherini and Belgian Foreign Affairs Minister Didier Reynders, and various governmental and civil society representatives to reflect on positive efforts in the abolition movement and address what future work must be done to convince retentionist nations to abolish the death penalty.

The ceremony will also feature a panel of Ministers of Justice from non-abolitionist countries, as well as video messages from UN Secretary-General António Guterres, Robert Badinter, former Minister of Justice and a driving force behind the abolition of the death penalty in France in 1981, and Pope Francis.

An exhibition (The Great Witness of Abolition) and sculpture installation (Chaise LXB) will be displayed in the Menuhin Hall in the European Parliament’s Paul-Henri Spaak building from Monday 25 February to Friday 1 March. – Modern Diplomacy