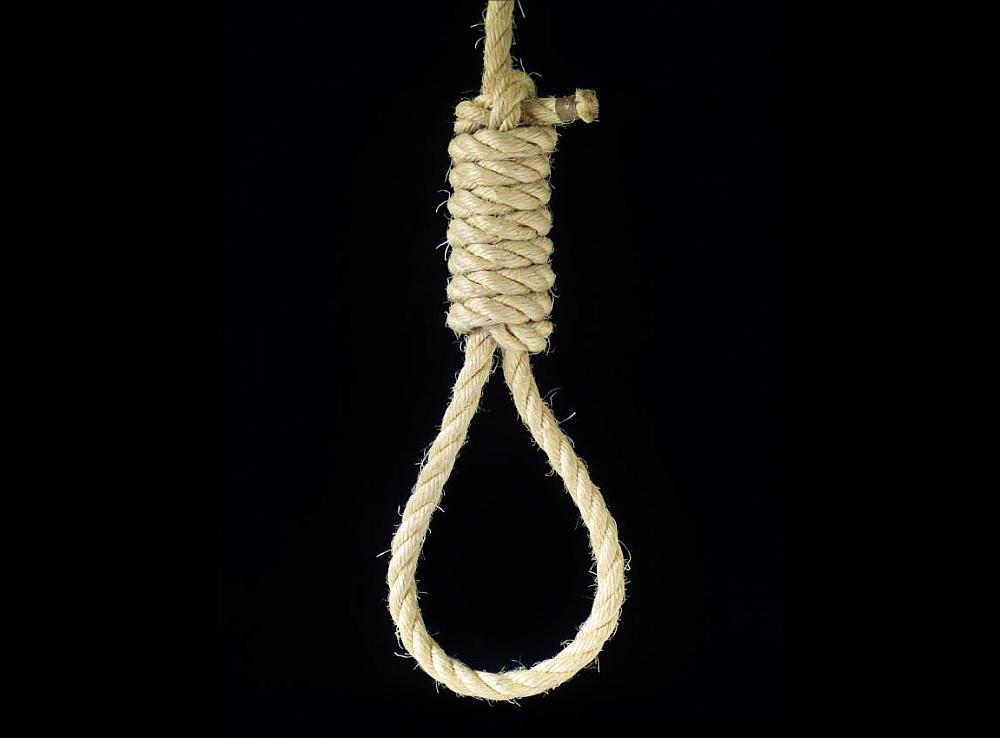 THIRTY-five people were hung to death in Malaysia for the crimes they committed over the past decade.

These numbers, as recorded by the Prisons Department, will end here.

With the Government determined to remove the death penalty, some hailed it as the more humane approach – upholding the right to life.

Others, however, feel the hangman’s noose is still needed to answer to the heinous crimes man is capable of.

With a moratorium imposed on the penalty, 1,281 death row inmates are spared.

“It is just not an appropriate sentence.

“The alternative is imprisonment and it has to be culpable to the crime,” she tells Sunday Star.

Last month, Minister in the Prime Minister’s Department Datuk Liew Vui Keong said those on death row will have their sentence commuted to imprisonment for life or life imprisonment.

Imprisonment for life means convicts will spend the rest of their lives in prison without any release date.

Life imprisonment requires them to be jailed for a minimum of 30 years.

Looking forward, Ngeow says the concern is to look into prison reform, jail sentences for serious crimes and what can be done to rehabilitate prisoners.

“After the death penalty is abolished, these are the issues that should be looked into.

“About 55,000 people are in prison now. But the criminal justice system isn’t supposed to lock them up and forget about it.

“Its purpose is to rehabilitate them and see if they can be reintegrated into society,” says Ngeow.

But she acknowledges the feelings of some victims and their families, who may want the death penalty as the means for justice to be served.

“If they feel the death penalty is the only way to cure their pain, we have to respect that.

“But for us, we believe that you can’t send a message that murder is wrong by killing another person,” says Ngeow, from Adpan which consists 80 organisations across 22 countries.

In Western countries, she observes that some families believe that their suffering cannot be compensated by the death penalty.

“Some just want answers to what happened,” she adds.

Calling it cruel and inhumane, senior criminal lawyer Datuk V. Sithambaram says the death penalty belongs in the past.

“In the old days, justice was always an eye for an eye.

“But as Mahatma Gandhi would say, this will only make everyone blind.

“We need to move on to a more humane form of justice. Studies show that the death penalty hasn’t been proven to deter crimes,” he says.

Drawing from experience, he says many accused persons claim they would rather die than to be imprisoned for life. – Star,

“They don’t want to languish in jail. They would rather accept death.

“So, to me, the minimum 30-year jail term or being jailed for life is more of a deterrent than death,” Sithambaram says.

He says other forms of punishment can be included in the sentence, such as community service.

“The Pardons Board should review cases to see if the convict is able to change.

“Many can make themselves better and useful through rehabilitation.

“We all regret the wrong things we have done. Those who genuinely repent should be given a second chance,” he says.

Human rights lawyer Andrew Khoo says community work should be made possible as part of the replacement sentence.

For the 1,281 people on death row, he suggests that there should be a provision for the High Court to review the sentences imposed.

“There should not be a simplistic replacement of, say 30 years.

“Each case must be considered based on its own facts and situation,” he says.Khoo stresses that the whipping should not be part of the replacement punishment.

“Corporal punishment is against the United Nations Convention Against Torture.Malaysia has said we will also accede to that. So we should not violate that as well,” he says.

On the death penalty giving victims and their families a sense of retribution, Khoo says the state should not be involved in the business of revenge.

“Justice needs to be dispassionate. It should not be influenced by emotion.

“When we allow our feelings to influence our sense of justice, there is a risk we will arrive at an unjust outcome,” he adds.

Deputy Home Minister Datuk Azis Jamman says the government’s decision on the death penalty was made after taking all views into account.

“As part of the ministry that will implement the policy, we support the Cabinet’s decision.

“Let the Cabinet decide on the finer details, such as the replacement sentences and the possibility of incorporating community service, later,” he says.

Click on image for larger view
Read more at https://www.thestar.com.my/news/nation/2018/11/04/two-wrongs-dont-make-a-right#i2pfkS5Ax03KtMDP.99 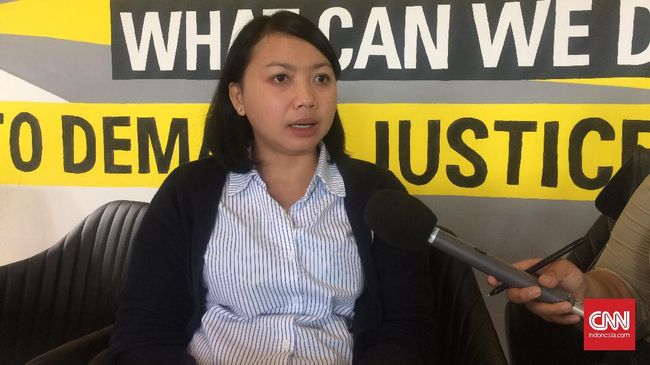 Reacting to the decision of the House of Representatives on Friday to pass into law the revision of the anti-terrorism bill, Amnesty International Indonesia executive director Usman Hamid said:

“The newly-passed law contains a number of draconian articles that threaten to undermine human rights in Indonesia. The law erodes safeguards against arbitrary detention and against torture and other ill-treatment, as well as expanding the scope of the application of the death penalty. Plans to deploy the military in counter-terrorism operations are also deeply concerning.

“The vagueness of some of the law’s wording could be used by authorities to restrict freedom of expression, association and peaceful assembly or misused to label peaceful political activities as terrorism. This lack of clarity violates the requirement under international human rights law that  criminal law must be formulated with enough precision for people to understand what conduct is prohibited.

“To protect the right to a fair trial and safeguard against torture and other ill-treatment, authorities must ensure that detainees are not restricted in their access to lawyers and that regular contact with family members or a relevant third party is guaranteed. Authorities must also ensure that the implementation of the law is in line with Indonesia’s obligations regarding the absolute prohibition of torture and other cruel, inhuman or degrading treatment or punishment.”

The government proposed amendments to the anti-terror law in January 2016 in the wake of a terror attack in Jakarta which killed eight people. The amendment process at the parliament was in limbo for around two years until May 2018. However, the process was fast-tracked in the past two weeks following a series of bomb blasts and attacks against police officers and people attending services in several Christian churches in the provinces of West Java, East Java and Riau, that killed at least 39 men, women and children and injured around 50 others between May 8 and May 16, and completed this morning.

Amnesty International Indonesia has written an open letter to parliament outlining its concerns about the new law.

Jakarta | Thu, January 11 2018 | 12:15 am, http://www.thejakartapost.com/news/2018/01/11/compromise-reached-death-penalty.html
Capital punishment has been designated an “alternative sentence” in the Criminal Code revision bill currently awaiting passage in the House of Representatives, in a compromise to appease both public opinion and human rights groups.

Under President Joko “Jokowi” Widodo’s administration, 18 death row inmates, all of whom were convicted of drug-related crimes, were executed.

Fifteen of the 18 executed were foreigners, prompting international outcry and sparking diplomatic tensions between Indonesia and important allies such as Australia and the European Union.

However, despite condemnation from both foreign and domestic human rights groups, capital punishment remains highly popular in Indonesia. According to a 2015 Indo Barometer survey, 84.9 percent of Indonesians approved of sentencing drug dealers to death, while a 2016 Kompas survey showed that 89.3 percent approved of the death sentence for terrorists.

Nasdem lawmaker Taufiqulhadi acknowledged the death penalty had been a matter of ongoing debate among the lawmakers in the bill’s working committee, but said making it an alternative punishment was a “way out.”

Article 89 of the bill states: “The death penalty will be imposed as an alternative and as a last resort to protect society.”

The bill goes on to say convicts that receive the death penalty will be given a 10-year probation period, after which their sentence may be commuted to a life sentence or to a 20-year prison sentence at the discretion of the law and human rights minister.

In the current legal system, a death sentence can only be changed through the Supreme Court (MA) or through presidential clemency.

Activists acknowledged the move as a step forward, but remained adamant in their conviction that the death penalty was both inhumane and ineffective.

“It’s true that this is progress,” said Institute for Policy Research and Advocacy (Elsam) researcher Adzkar Ahsinin. “And it is probably the most realistic step that we can hope for.”

Community Legal Aid Foundation director Ricky Gunawan echoed his sentiment. “In an ideal situation, of course we hope for total abolition,” he said. “But in a country that only two years ago conducted executions on such a massive scale, this is a small step that should be appreciated.”

Institute for Criminal Justice Reform (ICJR) legal expert Erasmus Napitupulu said that adding a waiting period between conviction and execution was better than the current system, but said the bill did not go far enough.

“There are still many crimes that are eligible for the death penalty that do not meet the criteria set out in the UN’s International Covenant on Civil and Political Rights [ICCPR],” he said.

The ICCPR states that the death penalty should be restricted to only the “most serious crimes,” which have been defined as “intentional crimes with lethal consequences.”

The bill, in contrast, allows capital punishment for treason, corruption and drug-related crimes.

Erasmus also questioned the government’s and the House’s rationale for insisting on keeping the death penalty. “The government keeps saying it provides a deterrent effect. But it has never shown any evidence that the deterrent effect actually exists. It is a myth that is continually repeated.”

Adzkar agreed, saying: “We have put forward several arguments against the death penalty, but the House insists on keeping it in, often citing religious arguments.”

Erasmus said it was difficult to refute these arguments; capital punishment is allowed in the Quran, and some lawmakers saw the abolition of the death penalty as a refutation of Islamic teachings.

Ricky acknowledged the improbability of abolishing capital punishment in the current climate. “Politically, in Indonesia at this time, it does not seem possible to abolish the death penalty entirely,” he said. “It would be risky and would invite a lot of criticism, and national leadership has not made human rights a priority.”

He hoped the House would be able to clarify the criteria for sentence commutation and possibly move the decision-making power away from the executive branch. (kmt)