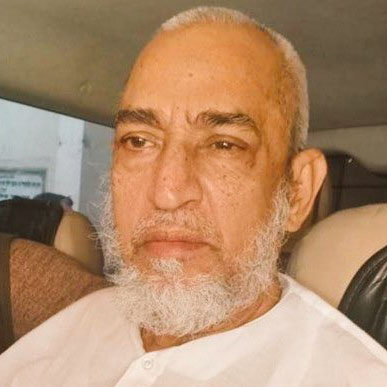 Posted at 03:23h in Bangladesh, News by wpengine 0 Comments
Share

The three major South Asian countries – India, Pakistan and Bangladesh – may pretend to be very different from each other or might even have some geo-political tensions between them but all three share one obnoxious cultural and social similarity that there is almost a public consensus in the three countries on having capital punishment or death penalty for some crimes in their legal systems.

Last month, four men who were found guilty of the horrific rape crime in Delhi in 2012 were hanged to death in a Delhi prison. It has been recently reported that in Bangladesh, the President of the country has rejected the mercy plea of Abdul Majed who has been sentenced to death for his involvement in a military coup in 1975 in which Sheikh Mujibur Rehman, the founder of Bangladesh, was assassinated. With this last hurdle removed for his hanging, Mr Majed is likely to be executed very soon.

Given the widespread cultural acceptance of the death penalty in India, Pakistan and Bangladesh, raising objection to capital punishment may seem unacceptable but with the exceptional circumstances of the Covid-19 when human beings are being killed in thousands all over the world, it is worth considering whether these legal killings have any meaning. Should human beings be killing other human beings whether through wars, border conflicts, terrorist actions, ‘encounter’ killings, sectarian massacres, armed insurgencies and counterinsurgencies, lynchings or death penalties when the whole of humanity is collectively under threat from this terrible virus? All these different forms of human beings killing other human beings seem to lose all significance in the context of the coronavirus threat.

Those who favour retention of death penalty consider that this acts as a deterrence against heinous crimes. Bringing a legal change as was done in India after that horrific rape in 2012 to make the rape crime punishable by capital punishment has not acted as a deterrence against rape crime in India. According to one estimate, women are still raped in India at the rate of one every twenty minutes. The historical experience from all over the world shows that capital punishment has nowhere acted as a deterrence against any activity which is made punishable by the death penalty. It does not make any difference whether the execution takes place through hanging as done in India, Pakistan and Bangladesh or a lethal injection in jail as one of the methods used in the US or beheading in Saudi Arabia, to take a few examples.

Life imprisonment is a better course of action than the death penalty for those rare crimes for which capital punishment still exists in the legal system. Life imprisonment keeps the possibility open for repentance by the guilty and perhaps to gain better understanding of the nature of their crime. This may result in developing more informed ways to deal with that crime. There are examples in history where hardened criminals during their incarceration repent for what they have done and go through total transformation. Capital punishment puts an end to this possibility. Jailing for life allows the possibility for reformation.

It is also worth keeping in mind that there are examples where it emerges after the execution that the person executed did not deserve to be executed. The recent ongoing revelations about the activities of the Kashmir police official Davinder Singh raise serious doubts about whether Afzal Guru, who was executed in 2013 really was guilty of what he was accused of. There have been doubts also about whether Kehar Singh’s role in Indira Gandhi’s assassination in 1984 by her security guards Beant Singh and Satwant Singh was such that it deserved the death penalty.READ MORE: Confirmed coronavirus cases in Pakistan reach 5,374

Execution is an irreversible act. Life imprisonment opens the possibility of reversing the judgement if later evidence is found that the basis of the earlier judgement was flawed. There is the famous Birmingham Six case in the UK where six men, all Roman Catholics from Northern Ireland, were sentenced in 1975 to life imprisonment for what was claimed by the prosecution as their participation in Birmingham pub bombings in 1974 which had resulted in 21 deaths. The prosecution had claimed that the bombings by the six men were organised by the Irish Republican Army, the paramilitary organisation that had been carrying an armed campaign to end British rule in Northern Ireland and to unite both parts of Ireland to create a united independent Ireland. The Court of Appeal in 1991 quashed their conviction and all six were set free. Had they been executed in 1975 instead of imprisoning them, a terrible act of injustice would have taken place. The six men were later awarded compensation ranging from £840,000 to £1.2 million for all the suffering they had gone through for having been falsely implicated and imprisoned for 17 years.

Another consideration, apart from the fact that capital punishment has never acted as a deterrence for acts such as rape and murder, is the effect on those who have to administer it. In this context, a friend of mine has brought to my notice the work of the famous British barrister, novelist and playwright John Mortimer. Mortimer had acquired special fame in dealing with divorce cases and he recalled one case he had dealt with in which it came to light that the male party, whose sexual predilections were unspeakably gross, was a part-time hangman. Mortimer reflecting on this case had remarked that if the system of capital punishment relied on monsters like that administering it, there must be something wrong with the system. John Mortimer was a lifelong opponent of capital punishment. Apart from the hangmen, all others who are involved in the act of execution suffer everlasting psychological damages with harmful and multiplier implications for everyone in their lives.

The death sentence leads to complacency in society by cloaking over the underlying responsibilities that society has for dealing with the causes that lead to serious crimes.

Those who favour retention of death penalty consider that this acts as a deterrence against heinous crimes. – The Nation, 12/4/2020